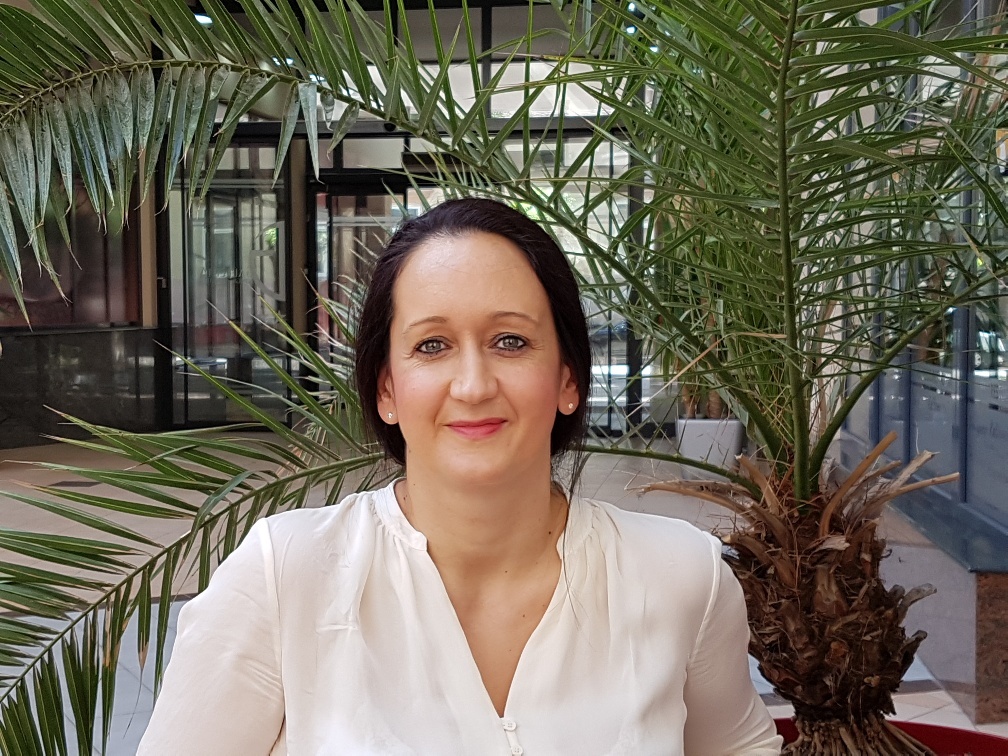 Interview on the topic of laser treatment of endometriosis with Dr. Vera Kovačević

Dr. Kovačević works as a doctor at General Hospital Subotica in Serbia and will publish shortly a clinical study to laser treatment of endometrioma.


Ms. Kovačević, how does endometriosis develop?

Endometriosis is a benign gynecological disease that occurs when endometrium of the uterus is located outside the uterus, endometrial glands and stroma is most commonly found on the ovaries, Fallopian tubes, uterosacral ligaments, behind the uterus, bladder and etc.
The exact cause of endometriosis in an unknown, one theory that explains endometriosis is the implantation theory, usually referred to as Sampson's theory of retrograde menstruation. During the normal menstrual cycle, at the time of the menstruation, most of the menstrual blood with endometrial cells is thrown through the cervix and the vagina. Normally, small amount of blood with endometrial cells are returned through Fallopian tubes to pelvic cavity. In most women until the next menstrual cycle, the immune system manages to clear this detritus. In a small number of women, the immune system fails to clear this detritus, endometrial cells are implanted on surrounding tissues and begin to behave as if in the uterine cavity. Ab-normally implanted endometrial tissue continues to act as normal endometrial tissue in uterine cavity, it grows, bleeds, it is thrown with menstrual bleeding. Because they have no way to leave the body remains trapped. If they cause lesions on the ovary, a cyst is created, while on the surrounding tissues and organs it creates the adhesions. Adhesions cause painful symptoms. Adhesions can lead to occlusion of the tubes and the inability to transmit egg cells and fertilization.
There are some other theories. Endometriosis is also associated with changes in immune system. Although the peritoneal fluid of women with endometriosis contains increased number of immune cell, their function appears to be altered from an inhibitory to stimulating role. Leukocytes that would normally clear endometrial cells from the peritoneal cavity instead appear to allow their proliferation an assortment of growth factors and cytokines. Whether these immunologic alterations induce endometriosis or a direct consequence of its presence remains unclear.
Some factors that contribute to the appearance of endometriosis are excessive secretion of estrogen, early menarche, a weakened immune system that is unable to clear menstrual detritus until the next cycle, often use of tampons, family history of endometriosis and etc.


Can endometriosis occur any time in a woman’s life?

Endometriosis is a progressive estrogen-dependent disease, there is no endometriosis before menarche and in the postmenopausal women.


How is endometriosis diagnosed?

When we have endometrioma, the diagnosis is most often performed by ultrasound examination due to the characteristic ultrasound image. Afterwards a laparoscopy is necessary to confirm diagnosis of endometriosis pathohistologically.


Which symptoms do patients have?

There is no correlation between the severity of endometriosis and the extent of symptoms. The estimated prevalence of endometriosis among women of reproductive age is as high as 10% while in women who have painful periods or women with infertility the prevalence goes up from 25% to 45%. The most common symptom in women with endometriosis is pain. Pain could be related to the menstrual cycle, pain in sexual relation (dyspareunia), painfulness in defecation in the intestinal zone, pain in the small pelvis (pelvialgia), hematuria and dysuria in endometriosis of the urinary organs.


Why endometriosis leads to infertility?


What advantages does the laser treatment offer?

Laparoscopy is the gold standard in the treatment of endometriosis especially endometrioma while laparoscopic technique and way of establishing haemostasis are still under discussion.
The two most common laparoscopic techniques in the treatment of endometriosis and endometrioma are ablation and excision of endometrioma with the use of bipolar current for hemostasis. In recent years, we have a growing number of papers that confirm unintentional and unwanted damage to ovarian reserve, after excision of endometrioma. Ovarian reserve comprises two elements: the number of the stock of primordial follicles and the quality of the oocytes, declining with increasing age, resulting in the decrease of a woman’s reproductive function. The reason of fall of ovarian reserve after laparoscopic endometrioma stripping surgery is associated with damage to healthy ovarian tissue together with the removal of endometrioma by the operating stripping technique itself, the thickness of healthy ovarian tissue that is removed increases proportionally with cyst diameter.
The controversy is whether the presence of endometrioma alone is accompanied by a reduction in ovarian reserve. The use of bipolar current for hemostasis in the vicinity of the hilum ovary is accompanied by damage to the vascularization with consequent loss of the follicles. Studies showed that drop in serum AMH level after excision of endometrioma with use of bipolar current is from 24% to 60%. Preservation of ovarian vascularization is critical to preserving ovarian reserve and we can probably influence on this by changing the source of energy for hemostasis. In recent years, we have several studies that suggest the possible manner to preserve the healthy ovarian tissue or to reduce damage of ovarian reserve after removal of endometrioma with the use of laser for establishing hemostasis. (Donnez et al. 2010) (Tsolakidis et al. 2010) (Nappy et al. 2016) Studies with a larger number of patients and with a longer follow-up period are required.


What other treatment options are there?

When we have a patient with endometrioma, we need an individual approach to treatment. Treatment of endometriosis usually involves surgery or medication. The approach that you and your doctor will choose depends on the severity of your symptoms and your plans for pregnancy. Treatment of pain with analgesics or suppressive therapy with oral contraceptives (OC) is suitable for younger patients. Hormonal treatment with oral contraceptive pills, progestin, androgens, and GnRH is suitable for controlling pain in endometriosis. Your doctor may recommend taking medication that will relieve pain, such as non-steroidal drugs such as Ibuprofen or Naproxen, to make it easier for painful menstrual cramps. It is important to note that medication does not lead to the treatment of endometriosis. Drugs allow us to keep the symptoms of endometriosis and disease progression under control.


Can I be treated as a private patient in your hospital?

In our General Hospital there is the possibility of treating private patients as well as foreign patients with LEONARDO® laser.